The Lonely Seal Bag of Westminster


While on a research trip to Westminster we were shown a seal bag that, according to a pencilled note written by somebody in the 1980s, had been found at the bottom of a box of documents. The bag was made of woven material and is a sort of gold-green colour and it is clear from looking at it that there was some sort of pattern embroidered into it, but age had faded it so that the pattern was no longer decipherable. Having had good results retrieving lost writing, we wondered what results we would get by placing the seal bag under the Crime-lite Imager. Tweaking the wavelength down towards the red end of the spectrum, we were able to bring out the pattern on the material. 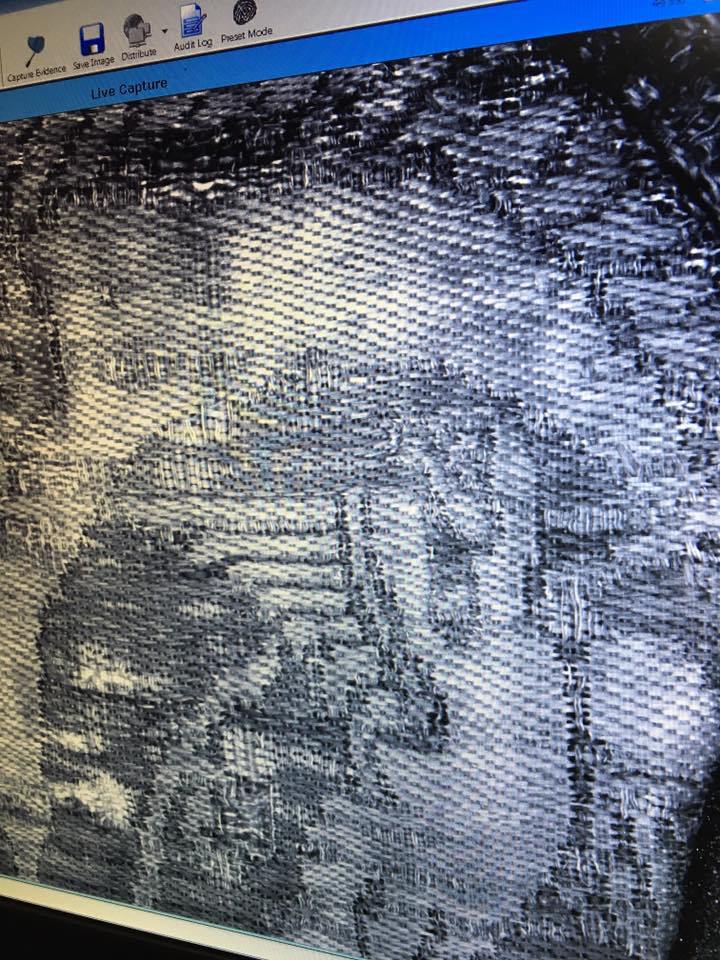 The pattern turned out to be an eagle. We then attempted one stage further: using fluorescence mode to see if any trace of the wax was left behind, and managed to pick out a roughly circular area of the material that fluoresced at a different wavelength to the rest of the bag and did not coincide with the pattern. We had found the shape and size of the seal that the bag once contained. Taking careful measurements and comparing them to each seal that the Keeper of Muniments brought out of the box in which the bag was found, we found the only seal that would fit: the (now heavily restored) forged seal of Edward the Confessor.

We don’t know when the seal bag was made or if the material was originally intended to be used for a seal bag or had come from something else, such as vestments or an altar cloth. What we do now know is that at some point, somebody saw fit to use the eagle-patterned material to encase the forged seal of St. Edward. Perhaps it was the only nice piece of cloth of the right size or, perhaps, there was more thought behind it. One of the most famous legends associated with St. Edward tells us that he was riding on a pilgrimage to a chapel dedicated to St. John the Evangelist in Essex when a beggar asked him for alms. Edward had no money on him so gave him an expensive ring instead. A couple of years later two English pilgrims in the Holy Land were helped by a man wearing the ring who claimed to be John the Evangelist. He asked them to deliver the ring back to Edward and to tell him that he would meet him six months later in Heaven. We know that the eagle is often used in art to represent St. John. Could it be that whoever attached the seal bag wished to add weight to the authenticity by reminding the audience– those people living and working in Westminster Abbey who worshipped at the shrine of Edward the Confessor and knew his stories– of the special relationship between the two saints? That’s a mystery which may never be solved.